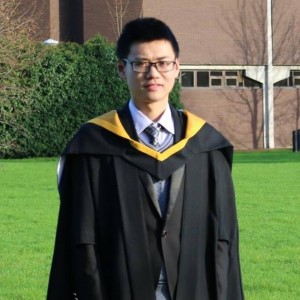 Technology is changing our world and is also changing our life. After the First and Second Industrial Revolutions, we are now in the Third Industrial Revolution, better known as the Information or Digital Revolution. The feature to this revolution is the mass production and widespread use of digital logic circuits, and its derived technologies, including the computer, digital cellular phone, and the Internet. With the development of the Internet, Websites always play the major role and basically, hundreds of different types of websites constitute the whole content of the Internet world.

Now for the technical bit….the internet has evolved just like human beings have evolved and in tandem with consumer wants and desires. Since Web 2.0 came out – a standard Web 2.0 website may allow users to interact and collaborate with each other in a social media dialogue as creators of user-generated content in a virtual community, instead of “old” websites where people are limited to the passive viewing of content which is called Web 1.0. The Social Network is one of typical types in Web 2.0. In a social network, each user can post update, add photos or videos, talk with each other in private message, check and comment on every update of friends etc. Yes, exactly like Facebook. People suddenly find there are much less restrictions here compared to the real world. They can communicate with each other at any time, at any place and the most frightening – say anything they want. That’s no problem for adults if we accept that everyone has the right to free speech but what about access for children? Should children be exposed to unfettered, unrestricted and unaccountable content in this new revolution? We think not….children should be protected in this cyber world just as they are in the physical world. We have a responsibility as a species to protect our young.

Maybe parents out there will say that social media is too dangerous and kids shouldn’t be able to use it at all. Actually, kids are technology mad, with it quite rare to find a youngster not having at least some access to the Internet and social network pages through their phone, tablet or games. The legal age is 13 (In Western Society not considered an adult) to access social networks but kids as young as 10 are gaining access by changing their date of birth. The age is not enforced and so is again unrestricted – it’s like leaving a jar of sweets in a room with the lid off and expecting kids not to take one. There are safety measures which can be taken like restricting access to certain sites but just like we did when we were young, kids find ways to bypass adults without their knowledge. Just like in the Industrial Revolution when kids were used in the coal mines, there will always be those out there who wish to exploit them unless those of us with a social conscience stand up for them. We cannot stop progress but we can stop exploitation and access to dangers of predators and cyberbullying and this starts with education. What is needed is education and behavioural change at an early age BEFORE they get onto social media.

Based on this idea, through two and a half years of development, we designed a brand new product – Cybersmarties.com, which is the first safe educational social network specifically for primary schools. At Cybersmarties, kids are strictly identified and authenticated as kids. This hasn’t been done before. There are no adults on the system, except responsible Principals and Teachers in the school.

Bear with me…I’m the techie guy!! Using the re-designed content filter system, kids are taught which words are inappropriate and might make the intended receiver upset. Through this built-in mechanism, it will educate and “force” kids not to use inappropriate words. Unless they get rid of these bad words, they can’t send any messages to anyone. We believe most kids are born with kind and pure intentions. We believe there are no kids who intentionally go out to cyberbully others – they just haven’t been taught properly. Sometimes, the cyberbully today may become the victim tomorrow. In most cases, kids act before thinking through the consequences of their actions (many adults guilty of this also) and so we slow down and mould positive action until it becomes a habit for them. Cybersmarties remind kids to think again and educates them to message appropriately. 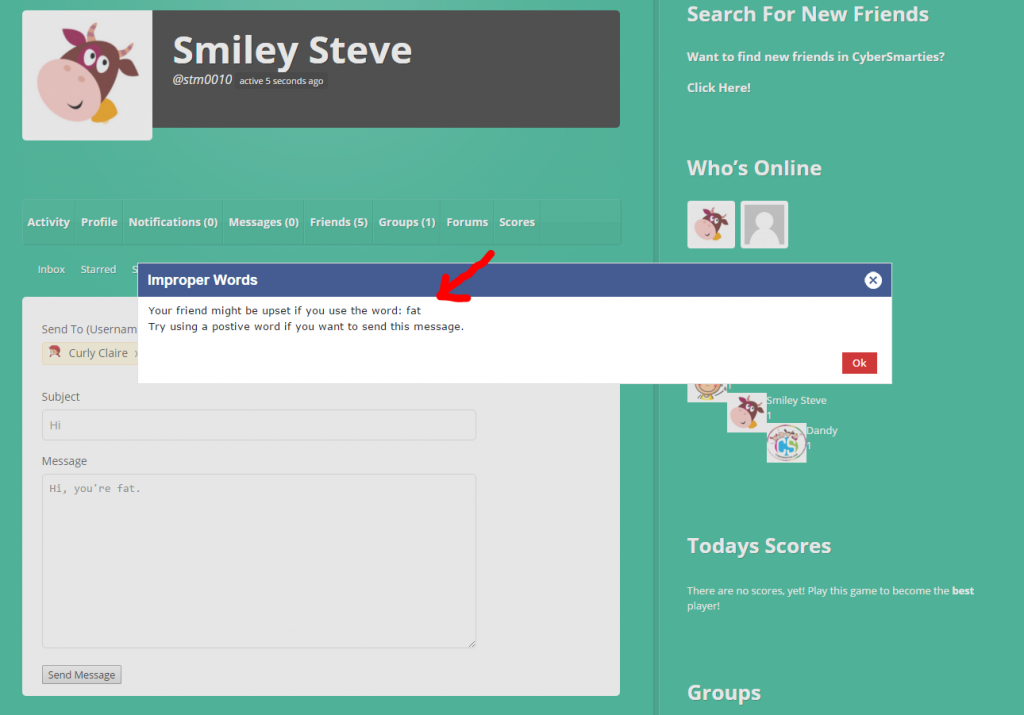 There are lots of other features in Cybersmarties. In my next article, I will describe another outstanding sub-system – Flag Report System to explain our new philosophy – “Educate rather than Punish”. See you next time.

Wenqian Xu is the Systems Administraion Manager at Cybersmarties.com