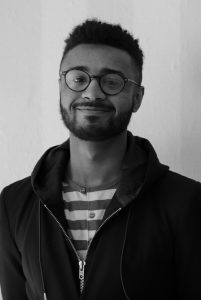 Social media currently co-exists with our lives. For many of us there is no boundary between real life, and the life we live online. The first thing many of us do when we wake up is reach over to our phone to see did we “miss anything” while we slept. However, one of the truest aspects of social media is that it gives us the opportunity to portray ourselves in the light that we want to be portrayed. Shy people can be outspoken, rich people can flaunt their wealthy lifestyles, and your everyday Joe like me can share moments in our everyday lives. We can choose to be smart, funny or provocative, and we can let our followers, friends, and family believe that the “you” that they see on social media, is the “real you”.

However, in my opinion, this ability to craft yourself into your ideal version of yourself online is not actually one of social media’s benefits, but one of social media’s greatest pitfalls. For those who have a strong sense of identity offline, this isn’t much of an issue, but for many of us who don’t, social media can distort our own identities and have damning effects on our mental health as we attempt to recreate this online idealistic version of ourselves offline.

In one of my favourite books – Harry Potter and the Philosophers Stone, Harry Potter stumbles across a mirror in an abandoned classroom. The mirror in question is called the Mirror of Erised, in which your refection, according to Albus Dumbledore (Harry’s Head Master), shows the “deepest, most desperate desire of our hearts.” Even the name “Erised” is “desire” spelled backwards, as if reflected in a mirror. When someone looks at this mirror (being in the magical world of Harry Potter) it not only shows your reflection, but also displays the reflection of the version of you that you most desire. 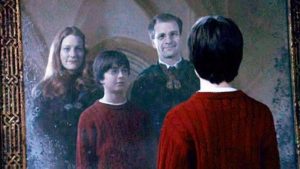 “Can you think of what the Mirror of Erised shows us all?” Harry shook his head.

“Let me explain. The happiest man on earth would be able to use the Mirror of Erised like a normal mirror, that is, he would look into it and see himself exactly as he is. Does that help.”

Harry thought. Then he said slowly, “It shows us what we want… whatever we want…”

“Yes and no,” said Dumbledore quietly.

“It shows us nothing more or less than the deepest, most desperate desire of our hearts. You, who have never known your family, see them standing around you. Ronald Weasley, who has always been overshadowed by his brothers, sees himself standing alone, the best of all of them. However, this mirror will give us neither knowledge or truth. Men have wasted away before it, entranced by what they have seen, or been driven mad, not knowing if what it shows is real or even possible.

I believe that social media carries a huge resemblance to the Mirror of Erised. When we look at social media, we only ever see other people’s desired reflections of themselves, and only portray the version of ourselves that we want people to see. And unfortunately it is actually a common case where you can see so much of someone online, and believe that you understand and know this person and then when you meet them in person (offline) they may seem like a different person to the one you thought you knew. And that is because they have crafted this image of themselves, carefully selecting what characteristics, traits and appearance they want you to see, without entirely being true to themselves.

And unfortunately, many of us waste away behind the screen, crafting this ideal version of ourselves online, ignoring the fact that it is the offline version of you that matters. This online version of you should not be a goal, target, or indicator of your social standing. Your online identity should reflect your offline identity and not the other way around.

So this week, my blog is actually a plea. I urge anyone who is reading this to do just one thing. Be true to yourself both online and offline. Your identity is yours alone and it is your actions both online and offline which defines you. We here at CyberSmarties believe that if social media is used incorrectly, it can not only effect your happiness, but it can have lasting negative repercussions on your mental health and wellbeing, but you can also lose touch with your true identity in pursuit of a better one. So be yourself, and don’t chase a desired image of yourself that you believe will be most liked by others. And don’t be fooled by everyone else’s online personalities either. Social media is the real Mirror of Erised, and as Albus Dumbledore advised Harry,

“It does not do to dwell on dreams and forget to live.”