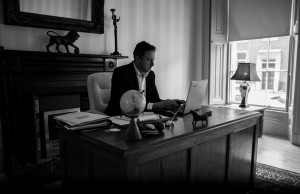 “Time: the indefinite continued progress of existence and events in the past, present, and future regarded as a whole”

I am not sure if any of you have noticed the sunsets this October. Perhaps because of the cold, dry weather we are experiencing they have been more visible and thus I have taken more notice of them. The twinning colours of red and orange as the sun is setting over a foggy landscape of trees has been breath-taking to watch. There is something mystifying in the silence of a sunset or of a full moon when everyone is sleeping. I wonder at how many billions of people over billions of lifetimes have watched this same moon, some wishing upon it, some worshipping it but all curious about it. No matter where you are, in whatever part of the world, we all have the same view.

I wonder under the gaze of this moon, have we got the concept of time all wrong. Animals have no concept of time and therefore do not fear death. It is perhaps because they have no knowledge or concept of time that they are generally content in themselves (I use my 20 year old sheepdog “Seamus” here as an example) whereas humans are afraid of death and therefore try to pack as much into the time they believe they have left in order to believe they have not wasted the time allotted to them. This is what is called “having a good time”. For Seamus, all he has probably realised in getting older is that he can’t chase cars like he used to, female dogs don’t take any notice of him anymore, he sleeps more often and is more annoyed by the sounds of imaginary intruders (they could be there but I haven’t seen them). But if you believed that you had all the time in the world (no pun intended) you would most likely be far more content because you would not feel you had all this stuff to do because you were running out of it. After all is it not contentedness that we are all seeking. Therefore I am with Seamus on this one.

This brings me to the point of children. Children being children count their days in the number of “sleeps” until a particular event comes and this time measurement has been handed down by parents. Children under a certain age and just like Seamus, have no concept of time (I must acknowledge here that cats and other species of the animal kingdom are not excluded). They eat when they are hungry, take a nap when they are tired and play the rest of time. Sounds good to me and there seems to be a pattern arising here. My father, who is a farmer and still farming at 83, does not carry a watch except for Sunday mass, which is worn more as a fashion accessory that anything else. He has never had any concept of time. He worked outside until he was finished and if he wasn’t, it would wait for the next day. Dad was always more interested in seasons as a measuring barometer and how nature was evolving, like if berries were out late then we could expect a mild Winter. One of his pet hates was articles in the Farmers Journal by young farmers saying their grass yield was up this week by 2%. He would and does say “measuring it wont make it grow any faster, it will come up when its supposed to come up”. There is wisdom in this.

To me there is a certain natural rhythm to the world. The sun rises the sun sets, the oceans ebb and the oceans flow. We may run around trying to fit everything into an allotted time but time because it is infinite doesn’t recognise our feeble attempts at trying to control it, it just keeps on keeping on. At Cybersmarties, we want children to be children: to be allowed a safe, protected space where they are free to create and make friends because humans are creative and social creatures. When I was young (many moons and sleeps ago) we spent all day down fields, over hills, getting cut by briars and stung by nettles and it was great. I am still for all this as much as possible. But the world has changed, values have changed and how children play now is different to how I played and how children will play in the future. So if social media is a place where kids gather together nowadays, then let it be a safe place for them, where only other kids are allowed and have the TIME to be kids as long as possible. Perhaps in this way, we can maintain contentedness longer and postpone time for as long as possible.