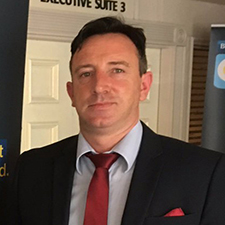 Research carried out by a social network for primary school kids in Ireland has revealed that 86% of children who have had previous access to adult social networks by the age of 12 are far more likely to misbehave online than kids who have not been allowed by their parents.

Diarmuid Hudner, CEO of Cybersmarties, said that “the root issue here is not just education but effective hands-on education of social networks which children can relate to in their world. There is nothing wrong in essence with social networks, it is just we have never been trained how to use them. Therefore when children at a young age, who have not acquired the cognitive maturity needed to assimilate what is permissible online behaviour, get access to what is essentially adult social networks, then it is a case of monkey see monkey do. Children learn from adults and unfortunately for the most part on social media, they are learning all the wrong things”.

Hudner continued “Cybersmarties is a locked down, fully monitored social network just for kids so we can immediately see through the messaging function, the children who have used social networks before. They are more aggressive and opinionated than children who are experiencing social media for the first time. They have been educated in all the wrong behavioural patterns. We have only positive content on Cybersmarties with behavioural technology built in to educate children if they start to behave inappropriately, therefore children only behave positively. Humans are social interactive creatures, who react to their surroundings in order to feel included. If everything on a social network is positive then the users will behave in a positive way. Someone acting inappropriately becomes an abnormal behaviour which needs to change quickly if they want to be accepted by the rest of the group. The average is 3 days using behavioural technology where children who had previously misbehaved, begin to start respecting themselves and others online. The great thing is seeing how positive they become towards others after such a short period. I always believe there is no badness in children, they just haven’t been educated properly and all the research we are carrying out verifies this. If we want social media to be used in a kinder, friendlier, more proactive and positive way in the future, then we must be educate children now in a way that they understand.”